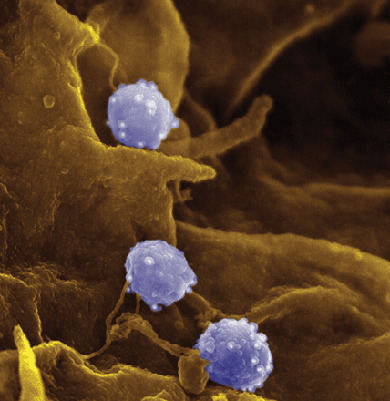 Chlamydia is one of the most common sexually transmitted diseases. The term Chlamydia actually refers to a group of different infections caused by different strains of the Chlamydia bacterium:

Chlamydia trachomatis is currently one of the most common and widespread bacterial STD’s in the United States. It is estimated that more than 4 million people are infected each year. Rates of Chlamydia in the United States are highest in the West and Midwest, with Missouri having above average numbers.

As many as 1 in 10 adolescent girls tested for Chlamydia is infected.
Teenage girls have the highest rates of chlamydia infection regardless of demographics or location:

In Australia in the Kimberley area, Australian Aboriginal children as young as 10 to 12 are being diagnosed with Chlamydia’ (SBS Dateline)

People infected with Chlamydia often have no symptoms therefore are unaware that they are infected and may not seek professional health care.

Infections caused by Chlamydia are generally curable. they can be transmitted:

When diagnosed, Chlamydia can be easily treated and cured. Untreated, Chlamydia can cause serious long and short term health problems in men and women as well as in newborn babies of infected mothers, including pelvic inflammatory disease (PID), which can cause:

Chlamydia may also result in problems for the newborn such as:

Chlamydia is called Asymptomatic if there are no symptoms.

Those who do notice that they have this infection will have certain symptoms for weeks or months, depending on the severity of the infection and whether treatment was undertaken early, or not at all. But, as it gets worse, you will begin to experience different symptoms.

Chlamydia is often silent in women, with up to 90% of women asymptomatic. Women can carry the bacteria for months or even years without knowing it. This makes screening very important.
Symptoms can start to occur within 3 weeks after getting the infection and include the following:

Chlamydia can also lead to:

If a pregnant woman has Chlamydia trachomatis the risk of an Ectopic pregnancy is much higher. This is where the fetus does not grow in the womb but in the ectopic tubes.

Chlamydia can silently linger for months without symptoms and the infection may move inside the body if it is not treated, where it may cause:

Chlamydia causes a condition called NON-SPECIFIC URETHRITIS (NSU) which can produce symptoms such as:

Symptoms may seem to “come and go”

Other conditions Caused by Chlamydia

After months or years it can spread to other lymph nodes causing:

The bacteria causing the infection is transmitted by direct person-to-person contact through:

If you have certain symptoms or feel differently to how you normally feel and have been with an infected person, go to a doctor for confirmation. Chlamydia infection can be confused with Gonorrhea because the symptoms of both diseases are similar and in some situations they occur together.

A sample of the patient’s genital secretions is tested in a laboratory using one of a wide variety of quick and inexpensive laboratory tests.

Growing the organism in specialised tissue culture is one of the most definitive tests.

A process called DNA amplification is used to detect the genes of the organisms in genital secretions (urine). This method does not require an invasive sample, pelvic examination or swabbing of the penis.

Due to lack of symptoms people who are infected with Chlamydia may unknowingly infect their sex partners.

If you are sexually active, you can lower your risk by following these guidelines:

Abstinence is the only way to be 100% sure of protection from Chlamydia and other sexually transmitted diseases.

Drugs reduce your ability to make sensible decisions, such a:

Condoms or diaphragms should be used during sexual intercourse:

Limit your number of sexual partners

Persons who have more than one sex partner, especially women under 25, should be tested regularly

Screening of women over 20 with one or more risk factors for Chlamydia:

Chlamydia can be in your body for a very long time unless treated with antibiotics. Usually this consists of a 7-10 day treatment program.

A number of antibiotics are used to treat Chlamydial infections including:

* able to be used during pregnancy

Screening and treatment of Chlamydia:

While home remedies for chlamydia may be of some assistance in treatment, it is not advisable to rely solely on natural methods of treatment to get rid of chlamydia, because of the serious long term implications. natural remedies can be used to enhance the effect of pharmaceutical treatment or to provide relief from symptoms.

While diet by itself cannot cure Chlamydia, it can strengthen or weaken your immune system and assist or impair your body’s ability to fight infections.

Include foods such as:

During an active outbreak, avoid or reduce consumption of:

As many as half of all cases of Pelvic Inflammatory Disease (PID) may be due to Chlamydia infection, often without symptoms, producing scarring of the fallopian tubes which can:

Pelvic Inflammatory Disease (PID) is the most common cause of pregnancy-related death among poor teenagers in the inner cites and rural areas of the United States.

When treated early, there are no long term consequences of Chlamydia. Serious complications can result however when left untreated.

Long term complications may include:

Long term complication in women may include:

Long term complication in infants may include:

Effects of Chlamydia in Pregnancy & Newborns

Of women with Pelvic inflammatory Disease caused by the Chlamydia infection, 9% will have a life-threatening tubal (ectopic pregnancy). Tubal pregnancy is the leading cause of first-trimester, pregnancy-related deaths in American women.

Chlamydia infection during pregnancy can also result in Pneumonia, usually with 3-6 weeks

Both conditions can be treated successfully with antibiotics

Routine testing of pregnant women for Chlamydia infection is recommended because of the risks to newborn babies.

Screening
Where screening programs have been fully implemented significant progress has been made, however:

Future Research:
Scientists are looking for better ways to diagnose, treat, and prevent Chlamydia infection. Current research is being carried out on why C. trachomatis causes disease in the body and why some people suffer more severe complications than others.

This may give insight about how to recognize women at risk for Pelvic Inflammatory Disease (PID) and PID-related infertility or other complications of Chlamydia infection.

Two strategies are being researched to prevent infection:

The genome for C. trachomatis has been recently sequenced. This will give scientists important information to develop a safe and effective vaccine.

Developing topical micro-biocides, which are preparations that can be inserted into the vagina to prevent infection), that are effective and easy for women to use is also a major research focus.

For more information, watch this video: